Home News 8 Ways Your WhatsApp Messages Can Be Hacked

8 Ways Your WhatsApp Messages Can Be Hacked

WhatsApp is a well-known and simple-to-use messaging program. It offers certain security features, such as end-to-end encryption, which attempts to keep your communications private. However, even with these safeguards in place, WhatsApp is not immune to hacking, which might jeopardize the privacy of your messages and contacts.

Knowing our vulnerabilities is half the battle; if we are aware of them, we can take meaningful efforts to prevent compromising ourselves. To that aim, here are a few methods for hacking WhatsApp.

Awakened, a security researcher, discovered a vulnerability in WhatsApp in October 2019 that allowed hackers to take control of the service using a GIF picture. When a user enters the Gallery view to share a media file, the hack takes advantage of how WhatsApp handles photos.

PLS LIKE OUR PAGE ON FACEBOOK NOW TO LEARN MORE ON BLOGGING, HOW TO MAKE MONEY ONLINE AND ADDRESS OTHER TECH RELATED ISSUES.

The program parses the GIF and displays a preview of the file when this happens. GIF files are unique in that they contain many encoded frames. As a result, code can be buried within a picture.

A hacker might compromise a user’s complete conversation history by sending a malicious GIF to them. The hackers would be able to see who the user was messaging as well as what they were saying. Users’ files, images, and videos sent using WhatsApp were also visible to them.

On Android 8.1 and 9, the issue affected versions of WhatsApp up to 2.19.230. Fortunately, Awakened responsibly notified the vulnerability, and Facebook, which owns WhatsApp, promptly addressed the problem. To stay safe from this risk, make sure WhatsApp is always up to date.

2. Attack of the Pegasus Voice Call

The Pegasus voice call exploit was another WhatsApp vulnerability identified in early 2019.

This terrifying technique enables hackers to gain access to a device by making a WhatsApp voice call to their intended victim. Even if the victim does not respond to the call, the attack may still be successful. And it’s possible that the target isn’t even aware that malware has been placed on their device.

This was accomplished via a technique known as buffer overflow. This is when an attacker purposefully stuffs a large amount of code into a small buffer, causing it to “overflow” and write code to a region it shouldn’t have access to. When a hacker has access to code in a secure location, they can execute destructive actions.

Pegasus, an older and well-known piece of malware, was installed as part of this operation. Hackers were able to obtain data on phone conversations, messages, photographs, and video as a result of this. It even allowed them to record using the gadgets’ cameras and microphones.

This flaw affects devices running Android, iOS, Windows 10 Mobile, and Tizen. It was most recently employed by NSO Group, an Israeli company accused of eavesdropping on Amnesty International personnel and other human rights advocates. WhatsApp was modified after the breach was made public in order to secure it against future attacks.

Another vulnerability of WhatsApp is socially engineered assaults, which take use of human psychology to steal information or propagate misinformation.

Check Point Research, a security organization, identified one example of this assault, dubbed FakesApp. People were able to abuse the quote tool in group chat and change the text of another person’s reply as a result of this. Hackers might, in essence, plant phony messages that appear to come from other authorized users.

This could be accomplished by decrypting WhatsApp messages. They were able to see data exchanged between WhatsApp‘s mobile and web versions as a result of this.

They could then adjust values in group chats from here. They may then mimic others and transmit communications that appeared to come from them. They also have the ability to alter the text of responses.

This could be used in alarming ways to disseminate frauds or false information. According to ZNet, despite the fact that the vulnerability was discovered in 2018, it had not been patched by the time the researchers spoke at the Black Hat conference in Las Vegas in 2019.

Both WhatsApp and Telegram are affected by Media File Jacking. This attack exploits the way apps receive media assets such as images and movies and write them to the device‘s external storage.

The attack begins with the installation of malware concealed within a seemingly harmless program. This can then be used to keep an eye on incoming Telegram or WhatsApp files. When a new file is received, the malware may replace the original with a phony.

The company that discovered the problem, Symantec, believes it may be exploited to defraud individuals or propagate false information.

There is a quick fix for this issue, though. Using WhatsApp, you should look in Settings and go to Chat Settings. Then find the Save to Gallery option and make sure it is set to Off. This will protect you from this vulnerability. However, a true fix for the issue will require app developers to entirely change the way that apps handle media files in the future.

“When you and the people you message use the most recent version of WhatsApp, your messages are encrypted by default, which means you and the people you message are the only ones who can read them. Even as we work more closely with Facebook in the coming months, your encrypted conversations will remain private, and no one else will be able to read them. Nobody else, neither WhatsApp, Facebook, or anyone else.”

This, however, is not absolutely true, according to developer Gregorio Zanon. The implementation of end-to-end encryption by WhatsApp does not imply that all messages are private. Apps can access files in a “shared container” on operating systems like iOS 8 and higher.

On mobile devices, the Facebook and WhatsApp apps use the same container. While chats are encrypted when they are sent, they are not always encrypted on the device from which they originate. As a result, the Facebook app may be able to copy information from WhatsApp.

To be clear, there is no indication that Facebook has viewed private WhatsApp messages using shared containers. However, there is possibility. Even with end-to-end encryption, your messages may not be safe from Facebook‘s all-seeing eye.

You’d be astonished at how many paid legal programs have appeared on the market exclusively for the purpose of breaking into secure systems.

This could be done by large firms collaborating with oppressive regimes to target activists and journalists, or by cyber thieves looking for your personal information.

Spyzie and mSPY are two apps that may easily break into your WhatsApp account and steal your personal information.

All you have to do now is buy the app, install it, and turn it on on the target phone. Simply sit back and use your web browser to connect to your app dashboard and snoop on private WhatsApp data such as messages, contacts, and status updates. However, we strongly caution against anyone really doing so!

Using clones of bogus websites to install malware is an ancient hacking technique still used by hackers all over the world. Malicious websites are what these clone sites are called.

The hacking technique is now being used to break into Android systems. An attacker will try to get into your WhatsApp account by installing a clone of WhatsApp that looks quite identical to the genuine app.

Take, for example, the WhatsApp Pink phishing scam. It claims to convert the regular green WhatsApp background to pink. It is a clone of the original WhatsApp. This is how it goes.

WhatsApp Web is a useful tool for anyone who spends the most of their time on a computer. It gives WhatsApp users more accessibility because they won’t have to pick up their phone for messaging as much. In addition, the large screen and keyboard provide a superior overall user experience.

However, there is a catch. The web version, as convenient as it is, may easily be exploited to sneak into your WhatsApp conversations. When you use WhatsApp Web on someone else’s computer, you run the risk of being tracked.

If you want to avoid this, make sure you log out of WhatsApp Web before leaving.

However, as the saying goes, prevention is preferable to cure. The best strategy is to avoid using anything other than your personal computer to access WhatsApp on the web. 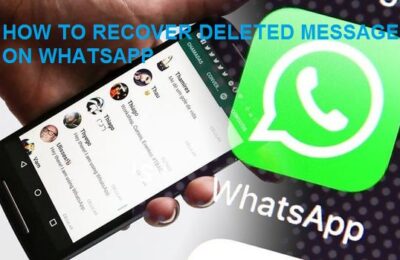 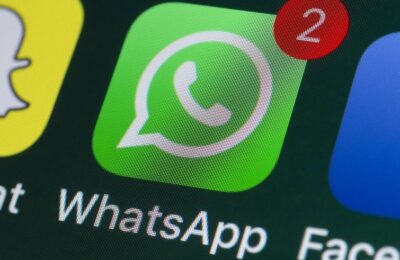 How to Download Whatsapp in Laptop, Pc (Two Methods)

Search To Get What ever You Want Now